So, today I was reading a couple of news articles regarding the violence in Sinaloa. Very little was said in the article about what really happened in the village. Only the villagers know the whole story, and we all know how stories grow and change in the telling, depending on the bias of the storyteller. The facts reported in the news were in agreement with the rumors circulating.  It's interesting to read internationally published news articles about events which happen in your own "backyard", so to speak.  Sometimes a bit disconcerting, but interesting.

Links to other newsy tidbits from around the world were attached to the articles I was reading.  Some intriguing, some not so much.

A music video was banned from YouTube. I'm not going to waste my bandwidth to watch it. I'm sure the world won't miss hearing my opinion on it.  I know I won't suffer for not having seen it.

There was a riot in Seattle. Having visited Seattle and seen some of the protest marches which seem to make Seattle what it is, I was curious to see what the riot was about. The media even gave it a catchy title: May Day Mayhem.  (To be honest, I was trying to figure out how a bunch of little girls in white dresses and daisy-chain necklaces started a riot.  I decided I must be missing something, so I had to read the article.  I mean, really?  What do you think of when you hear the phrase "May Day Mayhem"?  Uh-huh.)

So I clicked over and read the Fox news report.  My somewhat cynical and slightly conspiracy-theory-warped brain began to ponder the irony of the violence in Guasave, Sinaloa, compared to the violence in Seattle, Washington.  Interesting comparisons, actually.

As nearly as I can tell, riots broke out during a protest march and things began to get out of hand.  Basically everyone involved picked up whatever weapon they could get their hands on and started to defend what they thought was the correct side of the conflict.  Then police arrived and began trying to restore order.  People were hurt.  People were jailed.  Lots of windows were broken.  That's over-simplified, I know.

My thought was that the Seattle incident stands in sharp contrast to the Bamoa conflict.  In Bamoa, two warring drug factions began shooting at each other.  The police showed up and tried to stop the violence.  Seeing that they were outnumbered, they called for reinforcements.  No one came.  Five hundred villagers with access to machetes, shovels, metal bars and et cetera, and the municipal police headquarters only 10 minutes away but no one was willing to stand up against a bunch of thugs with guns.  Back-up did arrive, but not before two soldiers were killed.

But I wonder what would have happened if the residents of the village of Bamoa had had the passion of the protestors in Seattle.  Obviously the protestors were willing to sacrifice their freedom and maybe their lives for what they thought was a just cause.  I imagine that they thought they could affect change through their blatant disregard for propriety, otherwise why would they get involved in such a violent display?  The villagers in Bamoa were afraid to get involved because even though they outnumbered the bad guys 10 to 1, they felt powerless.

The mayor of Seattle has apparently issued a decree which gives police the authority to confiscate any item "which could be used as a weapon."  Hmm.

I once heard a story about the training of an elephant.  An adult elephant can be tethered using a small rope with little to no risk of escape.  Why?  Because as a baby, the elephant is tethered with a huge, heavy chain which he can't possibly break.  By the time the animal is large enough and strong enough to actually break the chain, he has already resigned himself to the fact that there is no way he can possibly break the tether -- no matter how strong the tether.  He never even tries.

I find the comparisons and contrasts interesting.

This is just me on my philosophical soapbox.  I don't do this very often, so bear with me.  I'll be back to normal tomorrow -- with happy posts about homemade laundry detergent or lizards in my garden or newly-hatched baby chicks.

It's a crazy world in which we're living.  I'm quite glad that it's not my final destination!

Makew me wonder what we really should be involved in. What is worth the protest?... And of course, I wonder if the people did not protest because of flouride? Lol ooh oohh wait, maybe they just thought the government should let the druggies shoot it out and kill each other. Oh my. Or maybe they are those elephants you wrote about. I wonder what parts of my life are the way they are because I am an elephant?

:) Rachel, you always make me smile! 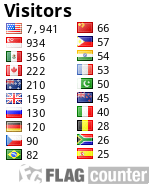 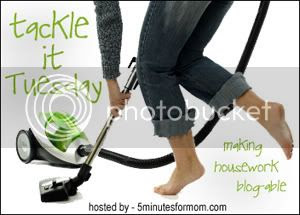 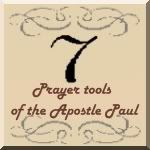